SCILA team has finished the experiment on fakes in social netwoks

Laboratory for Social and Cognitive Informatics has finished the online experiment related to the fake news detection. Approximately 10 000 people took part in it.

Our respondents — social networks users from Russia (4954 people), from Ukraine (2111) and from Kazakhstan (2334). They were tested in the "VKontakte" and the Facebook apps developed by the SCILA researchers. Participants read 8 news about one of the neighbouring countries and had to to evaluate the credibility. Some of the news were real and some of them were fake. The experiment lasted about a month and a half.

Now the team is processing and analyzing collected data. Correct answers will be published in the group and on the site of the FakeNews project. 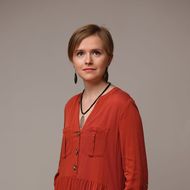 Взятышева Виктория Сергеевна
About
Laboratory for Social and Cognitive Informatics